Skip to content
You are here
Home > Home Improvement > What Do You Know About Asbestos Removal? 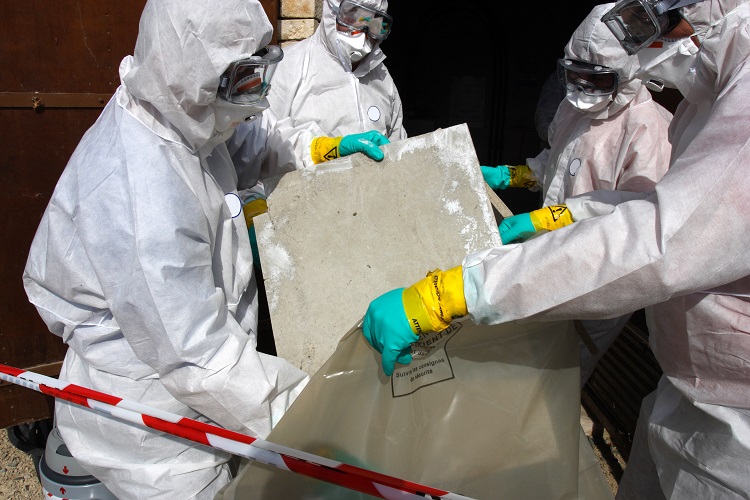 Thankfully, due to international awareness and research, most people are aware of the dangers that asbestos can pose to your health. Sadly, this does not undo the fact that many older buildings used asbestos as an insulator because it was exceptional for that purpose and people genuinely weren’t aware of the threat it posed. In many places today, it is required that most older buildings have the asbestos removed so that anyone who wishes to go inside the building isn’t risking his or her health.

Why Is Asbestos Deadly?

Before you invest in the services of a certified asbestos removal company in Tonbridge, you should first understand why asbestos is as dangerous as it is. Asbestos is made of a solution of numerous materials. While it was incredible at doing what it was designed to do, which was insulating buildings, it also constantly released smaller particles into the air. When inhaled, these particles would cling to people’s lungs. Over time, this buildup of asbestos particles inside the lungs could lead to numerous conditions such as:

What Can These Diseases Do?

Health problems caused by asbestos had become so common that it even earned a disease of its own, asbestosis. Inhaling asbestos can also cause an inflammation of the pleura. This condition is known as pleuritis. COPD is known for being a group of lung diseases that chronically make it difficult for a person to breathe. Nobody enjoys being unable to breathe. Asbestos is also known for drastically increasing a person’s risk of lung cancer as well. This include cancers such as mesothelioma in the pleura and the peritoneum, known as pleural mesothelioma and peritoneal mesothelioma respectively. You should never risk your own health or the health of others in such a way. Instead, you should invest in an asbestos removal before it is too late.